Here you can find statistics of the TOA lightning detection station Kiruna. 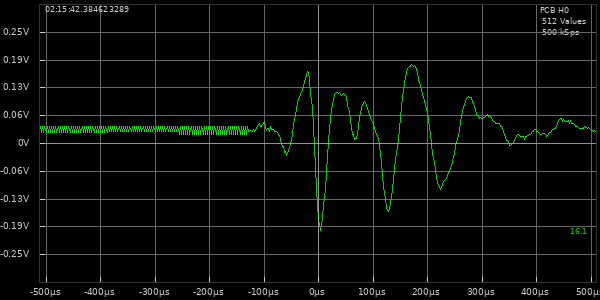 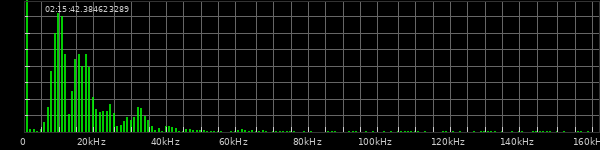 Here you can see the whole stroke count per hours detected by the lightning network, the count of detected strokes/h of the station Kiruna and the mean stroke count for all stations 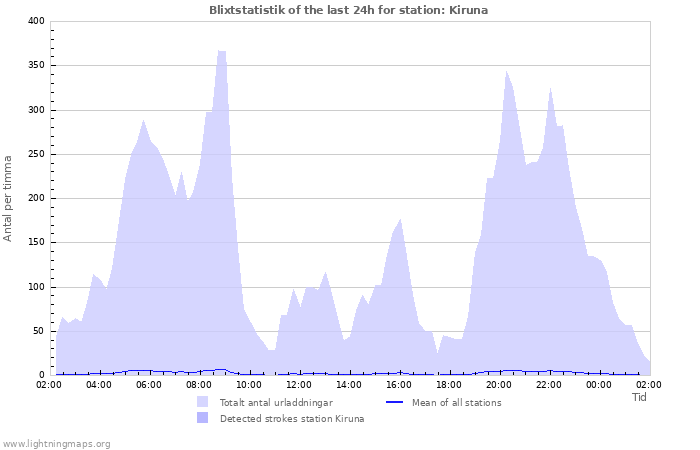 The count of received signals per hour of the station Kiruna and also mean value of all stations. 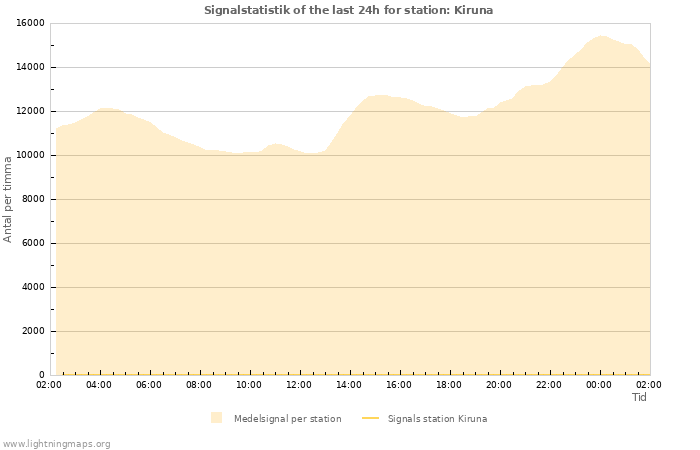 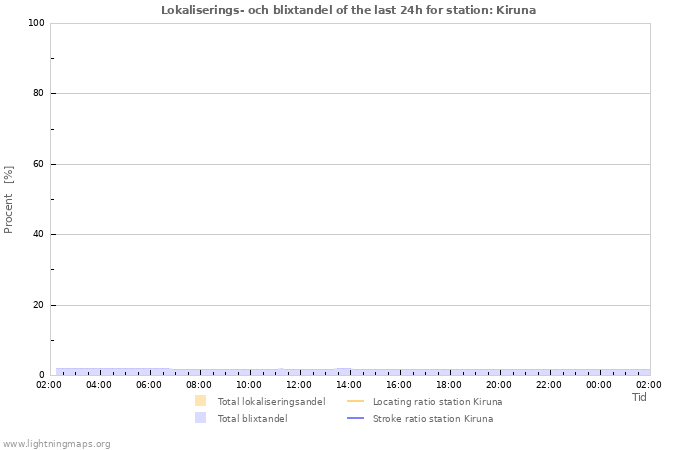 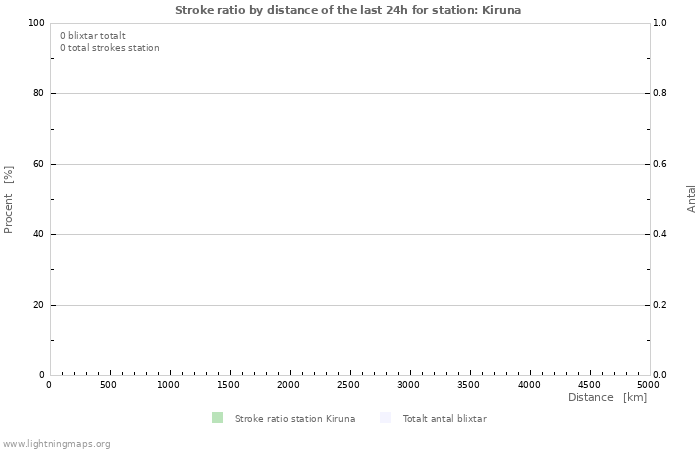 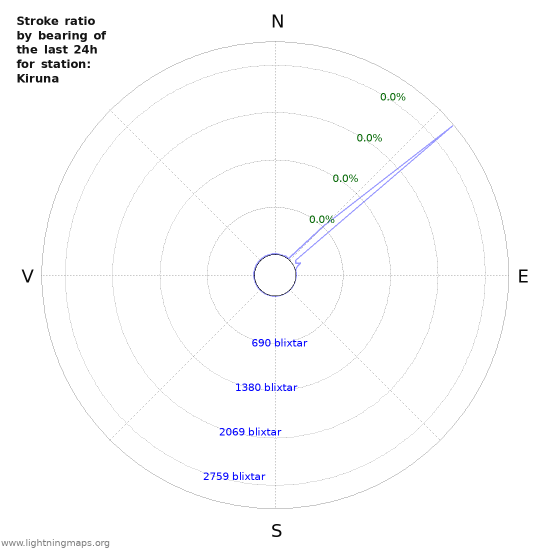